Congratulations to Frank Carrozza for being one of the inductees of  2015 class for the National Wrestling Hall of Fame.  Carrozza worked at Minisink Valley as wrestling coach, physical education teacher, and athletic director for over 40 years.  He is affectionately referred to as the Father of Minisink Valley wrestling.  The induction ceremony took place on Friday night at the Melville Marriott in Long Island.  Ohio State head wrestling coach Tom Ryan served as the Master of Ceremonies.   As a side note, one of the other inductees at last night’s ceremony was former Valley Stream wrestler and current actor Steve Buscemi. 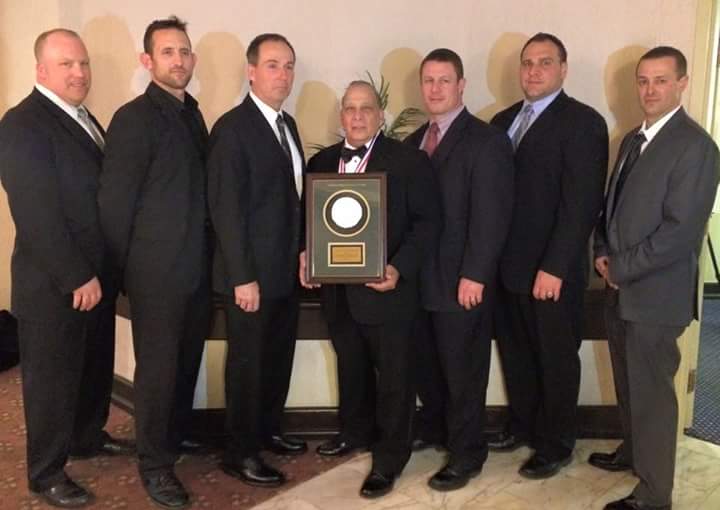