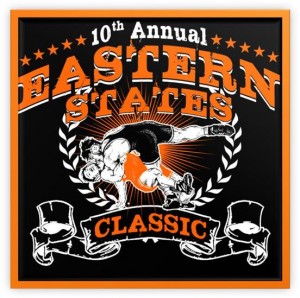 The Eastern States Wrestling Classic has quickly become one of the toughest high school wrestling tournaments in the country.  With the addition of several top-notch teams, including national powerhouse Wyoming Seminary, this year’s event will be tougher than ever!  The two-day tournament has 101 teams entered and begins Friday, January 13 at 10:30AM at SUNY Sullivan in Loch Sheldrake.  Below are a few links that will provide some helpful and interesting information about the 10th Annual Eastern States Wrestling Classic!

SectionIXWrestling.com has decided to put together an Eastern States Classic All-Star Team from the first nine years of the tournament (2003 – 2011).  This year’s weight class changes made it an ideal time to do this.  The number of big-time, marquee-name wrestlers who did not make this “team” is astonishing!  Please feel free to comment.  Enjoy!

Here is a list of all of the champions….make up your own team and submit it to us through comments!